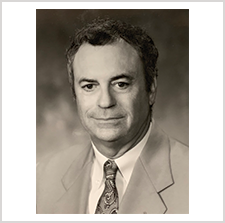 It is with great sadness that Inland Packaging announces that John Harris “Jack” Glendenning, former President and CEO, passed away over the weekend.  Jack was at home and surrounded by family.

After graduating from the University of Wisconsin – Madison in 1960, he returned to Inland.  He brought with him a clear mission and great drive for change.  He led Inland into new technologies and new products.  His vision put the business on a growth path where it has more than doubled every decade since the 1960s.

Jack was very active in the La Crosse Area community as well – serving on the La Crosse Norwest Bank Board, The Gillette Pepsi Companies Board, Great Rivers United Way Board (he was also the 1981 campaign chair), Lutheran Hospital Board, The La Crosse Community Foundation Board, Rotary and many more.

After a very successful career leading what is now Inland Packaging, Jack stepped back to enjoy life a bit more in the mid-1990s.  His son Mark Glendenning, current CEO and President continues to drive his father’s vision of growth for the company.