Home / Who We Are / The Inland Story

We are a leading family owned label manufacturer with an impressive track record. Over 75 years, we have expanded dramatically into new products and new markets.

In 1907 the Inland Printing Company was a commercial printer for the greater La Crosse, WI  area. In 1944, John Glendenning moved his family to the area to run what would eventually become Inland Packaging.  With a focus on customer service, the company quickly outgrew their space and relocated to a larger facility. That building is now our current headquarters.

After John retired, his son Jack took over the family owned business as CEO in 1974. Jack continued to focus on customer satisfaction, but also had a vision of growth and wanted to push the company beyond being a local commercial print shop. After partnering with a local brewery, the company grew to be the premier label manufacturer for big beer brands. Throughout Jack’s years, Inland invested in new equipment, new facilities, and began supplying in new markets.

Jack’s son Mark joined the company as a Sales Representative in 1988, but quickly moved to the VP of Process Improvement, COO, and later president. Under Mark’s leadership, Inland acquired our Neenah and Pennsylvania facilities. These acquisitions and other investments in equipment and great employees expanded Inland’s capabilities as a label manufacturer and allowed the family owned company to become the global partner it is today.

Through three generations of family ownership, we have sustained our focus on creating value for a variety of markets including household, food, beverage, beer, health and wellness and others.

We like the fact that they’re independent, family-owned which means more stability. 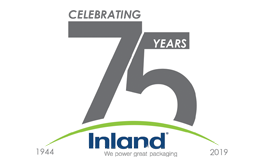 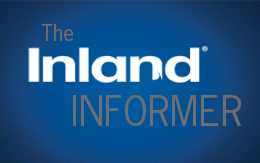 Stay Connected with Our Bi-Monthly Newsletter